skip to main | skip to sidebar

Rise of the Pink Flamingos

i'm working on an idea to establish a labelling system which can easily demonstrate a seller's environmental footprint.
To make such a label obvious for the critical person to use, along with chain-accountability upto the 3rd degree in the supply chain, it will have to display an indication of improvement measures. Likewise with a farmer switching to bio-agricultural, it will take a number of different steps to get there. Such steps ought be rewarded, a system based on punishing "bad" deeds is not effective here, not something i want to advocate.

I do think the results from Copenhagen are not farfetching enough, i don't think our political systems are adequate to carry such initiatives and i don't expect politicians or political organisations to change. I don't think it is good enough.

The last 90 years have seen an increased effort in shaping us humans as consumers. Well, there are a lot of things i would rather not buy, use, eat or get treated with if i were to know where it came from. The recession of the last two years shows a large many people are ethicaly bankrupt or just overwhelmed by the magnitude of the issues we're facing. Our value systems seem unfit for the challenges ahead and the means we have at our disposal. But maybe we start off small, and use our collective power as consumers to turn the issue inside out. I am hoping to get a consumer and academic movement going.

The last two years I’ve seen the international academic world having a surprising impact on local level without any intervention of national politics, and this has been in a very realistic pragmatic way such as avoiding overfishing of certain species. Likewise, this label can have a simple start mapping interdependencies, possible alternatives, consolidate different rating systems and get something as simple as Fair Trade.

I'll give it a shot this year to get this moving, and hope enough people will join in to make this worthwhile.

Situations have the power to do 3 things:
7 Social Processes that grease the slippery slope of Evil
The Lucifer Effect: understanding how good people turn evil
Philip Zimbardo
Posted by kukan at 15:28 No comments:

Manufacturing Consent. The Banality of Evil

The Betrayal of Tradition

Essays on the Spiritual Crisis of Modernity 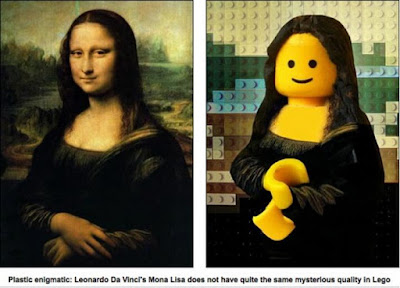 Most people are other people.
Their thoughts are someone elses opinions,
their lives a mimicry, their passions a quotation.
~ Oscar Wilde

They copied all they could follow
but they couldn't copy my mind
so I left them sweating and stealing
a year and a half behind.
~ Rudyard Kipling

Jacques Vallée.. “You can't change the past, but you can ruin the present by worrying about the future”

Information, Occasions, Spacetime
Another interesting facet of the UFO phenomenon concerns information theory. According to modern physics, and in particular to Brillouin, Bagor, and Roghstein, information and entropy are closely related. The relationship has been expressed clearly by Brillouin:
Entropy is generally regarded as expressing the state of disorder of a physical system. More precisely, one can say that entropy measures the lack of information about the true structure of the system.
No information can be obtained in the course of a physical measurement, then, without changing the amount of entropy in the universe, the state of disorder of the cosmos.
Now the physicist is faced with a new challenge: how to define disorder. And the task, as R. Schafroth has pointed out, is not easy:
Some scientists pile up papers and books on their shelves in apparent disorder, yet they know perfectly how to find the document they want. If someone restores the appearance of order, the unfortunate owner of these documents may be unable to locate anything. In this case it is obvious that the apparent disorder was in fact order, and vice versa.
Speculating on the relationship between these physical quantities, French physicist Costa de Beauregard wrote, "It must be in the nature of probability to serve as the operational link between objective and subjective, between matter and psychism." He points out that, in precybernetics physics, observation was regarded as a process without mystery, requiring no explanation, whereas free action, on the contrary, was "regarded as a physical impossibility and a psychological illusion." In modern physics these ideas have been revolutionized.
Most theories advanced to explain paranormal phenomena borrow the standard concepts of space and time dimensions from physics. These concepts seem obsolete to me. They are not appropriate for understanding telepathy, or the moving of objects at a distance, or ghosts, or UFO abductions. I have always been struck also by the fact that energy and information are one and the same thing under two different aspects. Our physics professors teach us this, yet they never draw the consequences of that teaching.
Perhaps it is proper to shake from our theoretical ankles the chains of spacetime. Space and time coordinates derive their convenience from graphic considerations. The theory of space and time is a cultural artifact. If we had invented the digital computer before inventing graph paper, we might have a very different theory of the universe today.
The remarkable story of Cardan's dialogue with the two sylphs who disagreed about the nature of the universe summarizes the problem well. One of the sylphs believed the world had been created of all eternity. The other sylph expressed a theory closer to Islamic occasionalism: the universe is a world of events. This book you are reading is only an occasion of the book I wrote. Can you be certain that it is identical to all the other copies? The pen I am using to write these words is not necessarily the same pen I was using a minute ago; it may be a new instance, a new occasion of the same pen.
Time and space may be convenient notions for plotting the progress of a locomotive, but they are completely useless for locating information. The apparent exception is the library, but anyone who has tried to find something in a modern library with its flat shelves along vertical walls will recognize the predicament in telling order from disorder in cartesian coordinates.
Modern computer scientists have long recognized that ordering by time and space is the worst possible way to store a lot of data at high speed. In a large computer-based information system, no attempt is made to place related records in sequential physical locations. It is much more convenient to sprinkle the records throughout storage as they arrive, and to construct an algorithm for retrieval based on some type of key word or on "hashing," a procedure where the record index is randomized. Probability serves as the link between something objective, the record location, and something subjective, the request for retrieval.
The synchronicity and coincidences that abound in our lives suggest that the world may be organized like a randomized data base (the multiverse) rather than a sequential library (the fourdimensional universe of conventional physics).